Sir CV Raman - He’s the first Indian and person from Asia to receive the Nobel prize in 1930. He also remains the only Indian to win the Nobel Prize in science to date.

And he’s the one who conclusively showed the colour of the sea comes from not a reflection of the sky per se but due to scattering of sunlight reaching the sea by the water molecules. He was entirely educated in India. He received a B.A. degree from Presidency College in Madras at the age of 16, placing first in his class and receiving a gold medal in physics. His discovery on 28th Feb 1928 is celebrated as the national science day in India every year.

Here in this rare photo below, Sir CV Raman can be seen here explaining the Raman Effect (which he called ‘A New Radiation’) to his students and colleagues at the Indian Institute of Science in Bangalore, British India sometime in 1930s. 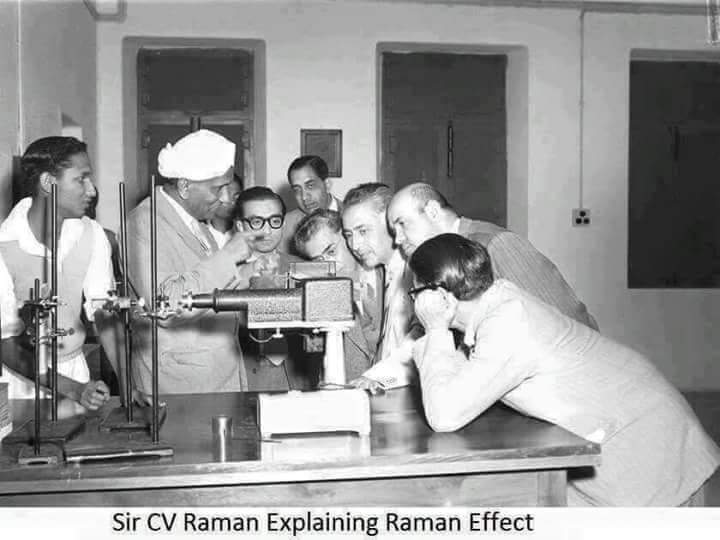 For those interested, here’s Sir CV Raman’s original paper on the Raman Effect: