The great geopolitics of the Bangladesh liberation war, and the Soviet help to India

Pakistani army started its operation in East Pakistan to contain the movement and anger among the Bengalis. It is reported that the army was involved in the mass killing of public and mass rape of women. India was aware of this and was only waiting for a trigger to start the war. India started receiving a huge number of refugees which became unmanageable, pushing it to intervene in the situation. The situation soon attracted the attention of many other countries. Thus, the war later was not only between India and Pakistan, but many countries were involved in 1971 Indo-Pakistani war (War of Liberation of Bangladesh) directly or indirectly.

In May, Indira Gandhi wrote to Nixon about the ‘carnage in East Bengal’ and the flood of refugees, burdening India. After L K Jha (then the Indian ambassador to the US) had warned Kissinger that India might have to send back some of the refugees as guerrillas, Nixon commented, ‘By God, we will cut off economic aid [to India].’

A few days later, when the US president said ‘the goddamn Indians’ were preparing for another war, Kissinger retorted ‘they are the most aggressive goddamn people around.
US and China Connection, A Little Known Fact (All Excerpts and Sources from 929-page long Volume XI of the Foreign Relations of the United States)

The US sympathized with Pakistan, because of various reasons. Among them two reasons were that: firstly, Pakistan belonged to American-led military Pact, CENTO, and SEATO; secondly, US believed any victory of India will be considered as the expansion of Soviet influence in the parts gained by India with the victory, as it was believed to be a pro-Soviet nation, even though they were non-aligned.

This brought China into the picture. The US needed help from China and the messenger was Pakistan. US approached China very secretly on this issue, who was more than welcoming as it believed that their relations with the US could improve from this onward.

During the second week of July 1971, Kissinger arrived in Beijing, where he heard the words by then Chinese Prime Minister Zhou Enlai: “In our opinion if India continues on its present course in disregard of world opinion, it will continue to go on recklessly. We, however, support the stand of Pakistan. This is known to the world. If they [the Indians] are bent on provoking such a situation, then we cannot sit idly by.’ On this, Kissinger responded that China should know that the US also backs Pakistan on this issue.

Indira Gandhi, the Indian prime minister in those times decided to tour most of the Western capitals to prove Indian stand and gain support and sympathy for the Bengalis of East Pakistan. On November 4th and 5th she met Nixon in Washington. Nixon straightforwardly told her that a new war in the subcontinent was out of the question.

The next day, Nixon and Kissinger assessed the situation. Kissinger told Nixon: ‘The Indians are bastards anyway. They are plotting a war.’

The pressure increased in East Pakistan, which attracted Indian attention. Indians were preparing for war and were concentrated on the Eastern front. To divert the pressure, on December 3, in the dark of night, even before India could attack East Pakistan, Pakistan opened western front and air raided six Indian Airfields in Kashmir and Punjab.

The CIA reported to the US President that Indian Prime Minister believes that the Chinese will never intervene militarily in North India, and thus, any action from China would be a surprise for India and Indian military might collapse in tensed situation caused by fighting on three different fronts (East, North, and West).

Hearing this, on December 9, Nixon decided to send the aircraft carrier USS Enterprise into the Bay of Bengal to threaten India. The plan was to Surround India from all four sides and force them to retreat and leave East Pakistan.

On December 10, Nixon instructed Kissinger to ask the Chinese to move some troops toward the Indian frontier. ‘Threaten to move forces or move them, Henry, that’s what they must do now.’ China feared any action on India might attract Soviet aggression. At this, US assured China that any action taken by the Soviet Union will be countered by the US to protect China.

“The Soviet Intelligence has reported that the English operative connection has come nearer to territorial India, water led by an aircraft carrier “Eagle” [On December 10]. For helping friendly India, the Soviet government has directed a group of ships under the command of admiral V. Kruglyakov.”

“I was ordered by the Chief Commander to track the British Navy’s advancement, I positioned our battleships in the Bay of Bengal and watched for the British carrier “Eagle”.

But the Soviet Union didn’t have enough force to resist if they encountered the British Carrier. Therefore, to support the existing Soviet fleet in the Bay of Bengal, Soviet cruisers, destroyers and nuclear submarines, equipped with anti-ship missiles, were sent from Vladivostok.

In reaction, English Navy retreated and went South to Madagascar.

V. Kruglyakov “ I had obtained the order from the commander-in-chief not to allow the advancement of the American fleet to the military bases of India”

In an interview to a Russian TV program after his retirement, Admiral Kruglyakov, who commanded the Pacific Fleet from 1970 to 1975, recalled that Moscow ordered the Russian ships to prevent the Americans and British from getting closer to “Indian military objects”. The genial Kruglyakov added: “The Chief Commander’s order was that our submarines should surface when the Americans appear. It was done to demonstrate to them that we had nuclear submarines in the Indian Ocean. So when our subs surfaced, they recognized us. In the way of the American Navy stood the Soviet cruisers, destroyers, and atomic submarines equipped with anti-ship missiles. We encircled them and trained our missiles at the Enterprise. We blocked them and did not allow them to close in on Karachi, Chittagong or Dhaka."

The Soviet ships had small range rockets (only up to 300 KM). Therefore, to hold the opponent under the range, commanders ran risks of going as near to the enemy as possible.
“The Chief Commander had ordered me to lift the submarines and bring them to the surface so that it can be pictured by the American spy satellites or can be seen by the American Navy!’ It was done to demonstrate, that we had all the needed things in the Indian Ocean, including the nuclear submarines. I had lifted them, and they recognized it. Then, we intercepted the American communication. The commander of the Carrier Battle Group was then the counter-admiral Dimon Gordon. He sent the report to the 7th American Fleet Commander: ‘Sir, we are too late. There are Russian nuclear submarines here, and a big collection of battleships’.

Americans returned and couldn’t do anything. The Soviet Union had also threatened China that, if they ever opened a front against India on its border, they will receive a tough response from North.

The war ended with the surrender of Pakistani army as they missed American help due to quick Russians who blocked both America and China from preventing India to advance. With this, a new country named Bangladesh was formed, which was recognized by the whole world and by Pakistan in the following year with Shimla Agreement. 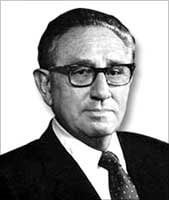 r/india - TIL: How Soviet Union threatened US,UK and China to protect India 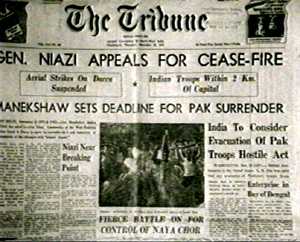 It was in the year 1971 when the two South Asian rivals declared war on each other, causing a great loss to the lives, property and territory in case of Pakistan. “As the topic sounds controversial, before we begin we would like to tell that every... 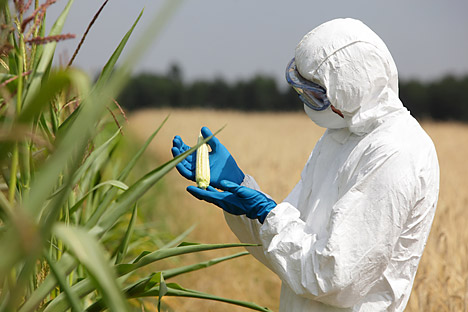 If you have read way till here, we welcome you to join us and contribute as well. We are a passionate community that likes reading and discussing in length a variety of interesting topics.