What can we do about Criminal Defamation?

Without going into personal details (as of now) which eventually lead me to this article on The Wire, I was phoned and was told that I would be sued in my attempt to malign a coding bootcamp in India on a public Q&A platform.

However, what I wrote was a deduced opinion on the bootcamp, a fact that was mentioned multiple times in my opinion. As a college-going student, I quickly got very scared. I spent several days trying to decide how things could unfold, having learnt some business law myself a couple of years ago.

Basically, I was threatened to be sued by their law firm because they could not stand a negative review on social media. I thought to myself how common negative reviews are, and why such an action was warranted in my particular case. I called up some of my law-studying friends and they told me this was merely a tactic to force me to take down my review, albeit using a more serious-looking threat, even though not as serious as sending some goons to my house (they have my details, unfortunately, as I had applied to them some months prior).

What are your thoughts on this archaic law? Can we do something to change the negative effects of such a law?

Unfortunately, in 99% of the cases when a party contacts you through lawyers, you should get a lawyer too.

If their notice is just an intimidation tactic, a countering notice from your lawyer will already make them think twice about following up with a person who has lawyered up and is ready to fight.

If they really intend to sue you, you would need a lawyer anyway who can reply to them about how your review is protected by free speech laws and that they can be countersued for legal fees.

Given the way Indian courts function, it is highly unlikely that they will sue you over 1 negative review on 1 Q and A site. It is much easier for them to get your review removed by negotiation with the Q&A site.

I would recommend what @DrVortex advised with respect to your case too. Better to consult lawyer friends or hire one. If you fear goons coming to your home, even if it is a gut feeling after talking with them, I suggest just delete the comment, learn to suck up, and get on with your life. It is common knowledge in India law works better for people with money, power, and powerful friends. And am sure they will have some given they are already threatening you for a bad review.

Anyways, coming to your question about the defamation law itself, it is definitely archaic. Am not a legal expert but I did read your linked article on wire.in and do get a feeling it is sitting there plum for misuse by the powerful. It needs to go for reasons as pointed out in the article.

I have a suspicion that he wasn’t a lawyer - and I haven’t received the notice yet, either by post or by email.

I did make some changes to my answer on the Q&A website but did not compromise its integrity. I just made it more balanced. That might have settled it.

But I do wonder what possible action we could collectively take to address this law.

What is it specifically about the law that you do not like ? Basically, the law is unconstitutional, everyone agrees. The mess has happened because criminal defamation is contained in the IPC, which was in effect before the Constitution was created.

The UN has already said that criminal defamation laws violate Article 19 of the International Covenant on Civil and Political Rights, which all countries including India (except KSA, China, DPRK) have ratified.

To get rid of the criminal defamation suit, I suppose all you have to do is make a PIL against the Union of India and have the law stricken from the books. Any lawyer worth his salt probably knows this. Fortunately, you work has already been done by Mr. Subramaniam Swamy . http://ohrh.law.ox.ac.uk/subramaniam-swamy-v-union-of-india-criminal-defamation-and-the-countours-of-free-speech/

According to this article :
"Booked for criminal defamation, personalities such as BJP leader Subramanium Swamy, Congress vice-president Rahul Gandhi and Delhi Chief Minister Arvind Kejriwal had moved the Supreme Court, challenging the constitutional validity of the law on criminal defamation, as defined in the IPC. They have all argued that it impinges upon the fundamental right to freedom of speech and expression and that civil defamation is an adequate remedy against such wrongs. The court has reserved its verdict on this issue and is likely to pronounce its final word on the validity of criminal defamation law in January 2016. - See more at: http://indianexpress.com/article/explained/simply-put-the-what-why-of-defamation/#sthash.n1YbsFI4.dpuf "

So at this point, all you have to do is wait a few months until the court judgement is passed. In all likelihood, the law will go away since India has ratified a contradictory international agreement.

What I do not like about it is that it can be misused to settle personal/business scores. For example, in my case, I was phoned and told I was being sued under Section so and so of the IPC for criminal defamation (I should have been clearer about this, apologies) for writing a negative review. I felt very angry because this company uses law to pull one over me so that it can seemingly continue fooling young students across the country for big money. I felt stingy that my right to express my opinion for the public good was threatened/met with a lawsuit in a free country.

If it is so, there have to be other cases where Section 499 and 500 have been misused and continue to be misused for personal agenda.

To get rid of the criminal defamation suit, I suppose all you have to do is make a PIL against the Union of India and have the law stricken from the books. Any lawyer worth his salt probably knows this. Fortunately, you work has already been done by Mr. Subramaniam Swamy . http://ohrh.law.ox.ac.uk/subramaniam-swamy-v-union-of-india-criminal-defamation-and-the-countours-of-free-speech/

This is excellent! I am not a very active follower of current events, and I feel like I probably should be - now that you have dug out this gem!

I may have had a wrong notion until now that Mr. Subramanian Swamy used this law to sue a Facebook page for defamation recently. I just searched and found no such cases by Swamy. Do you guys know if Swami had sued the mock page under his slightly modified name or not? And under what law?

While searching also found this excellent article on scroll.in about the case @DrVortex mentioned. 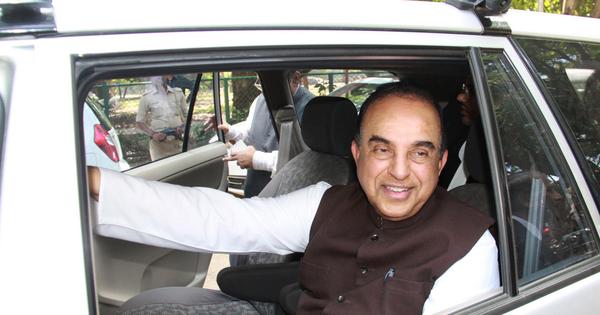 Why Subramanian Swamy vs Union of India is arguably the most significant free...

This is the first time that the Supreme Court is hearing a frontal challenge to the constitutionality of criminal defamation.

Today is verdict day for the many petitions asking for repealing of this archaic law. It has to be noted the NDA govt., has defended the criminal defamation law saying it has stood the test of time. Alternatively, it has asked the petitions to be sent to a constitution bench. It has to be noted Subramanian Swamy who’s petitioning for the repeal of the law is from the NDA.

Also, the attorney general Mukul Rohatgi is against repealing the law.

The attorney general argued that quashing the penal defamation laws would lead to “anarchy” as no “orderly society” could have a situation where everybody can say anything against anybody. Does freedom of speech and expression necessarily mean that one can say anything about anybody? Can any orderly society have this kind of behavioural norms? If yes, then you will have nothing but anarchy. “We have held that penal provisions are constitutionally valid. The right to freedom of speech and expression is not an absolute right.”

“Notwithstanding the expansive ambit of freedom of speech and expression, it is not absolute. The concept of social interest has to be borne in mind when considering the reasonableness of a restriction”.

This is bad news for many. Not to mention the big three (Rahul, Swami, and Kejriwal) who along with a few others had challenged it (independently) in the first place at the supreme court. The court has now given them eight weeks to fight pending defamation cases against them. The central Govt. had challenged the petitions against the validity of the criminal defamation law citing that comparison with other western countries were not reasonable as the cases were decided very fast in those countries, in India it took many years to pass judgement on these cases.

What the laws state:

Section 499 of IPC - Whoever, by words either spoken or intended to be read, or by signs or by visible representations, makes or publishes any imputation concerning any person intending to harm, or knowing or having reason to believe that such imputation will harm, the reputation of such person, is said, except in the cases hereinafter expected, to defame that person.

Section 500 of IPC - Whoever defames another shall be punished with simple imprisonment for a term which may extend to two years, or with fine, or with both.

Section 199 (2) of CrPC – Prosecution for defamation: “Notwithstanding anything contained in this Code, when any offence falling under Chapter XXI of the Indian Penal Code (45 of 1860 ) is alleged to have been committed against a person who at the time of such commission, is the President of India, the Vice- President of India, the Governor of a State, the Administrator of a Union territory or a Minister of the Union or of a State or of a Union territory, or any other public servant employed in connection with the affairs of the Union or of a State in respect of his conduct in the discharge of his public functions a Court of Session may take cognizance of such offence, without the case being committed to it, upon a complaint in writing made by the Public Prosecutor.”

SC upholds constitutional validity of penal laws on defamation, says Magistrate has to be extremely careful while issuing summons under law
winter May 13, 2016, 12:41pm #10

During the hearings, the Union government opposed these petitions saying that there would be anarchy in society in the absence of these laws.

I am amazed. The heavy words politicians use to clarify their stands is outrageous. It is not at all warranted.

Can Swamy not challenge this verdict?

This is indeed bad news. The verdict is now from the Supreme Court and cannot be challenged any further. The only course of action now is if the government changes the law through Parliament.

If their argument is that it ‘stood the test of time,’ I think this is curtains.